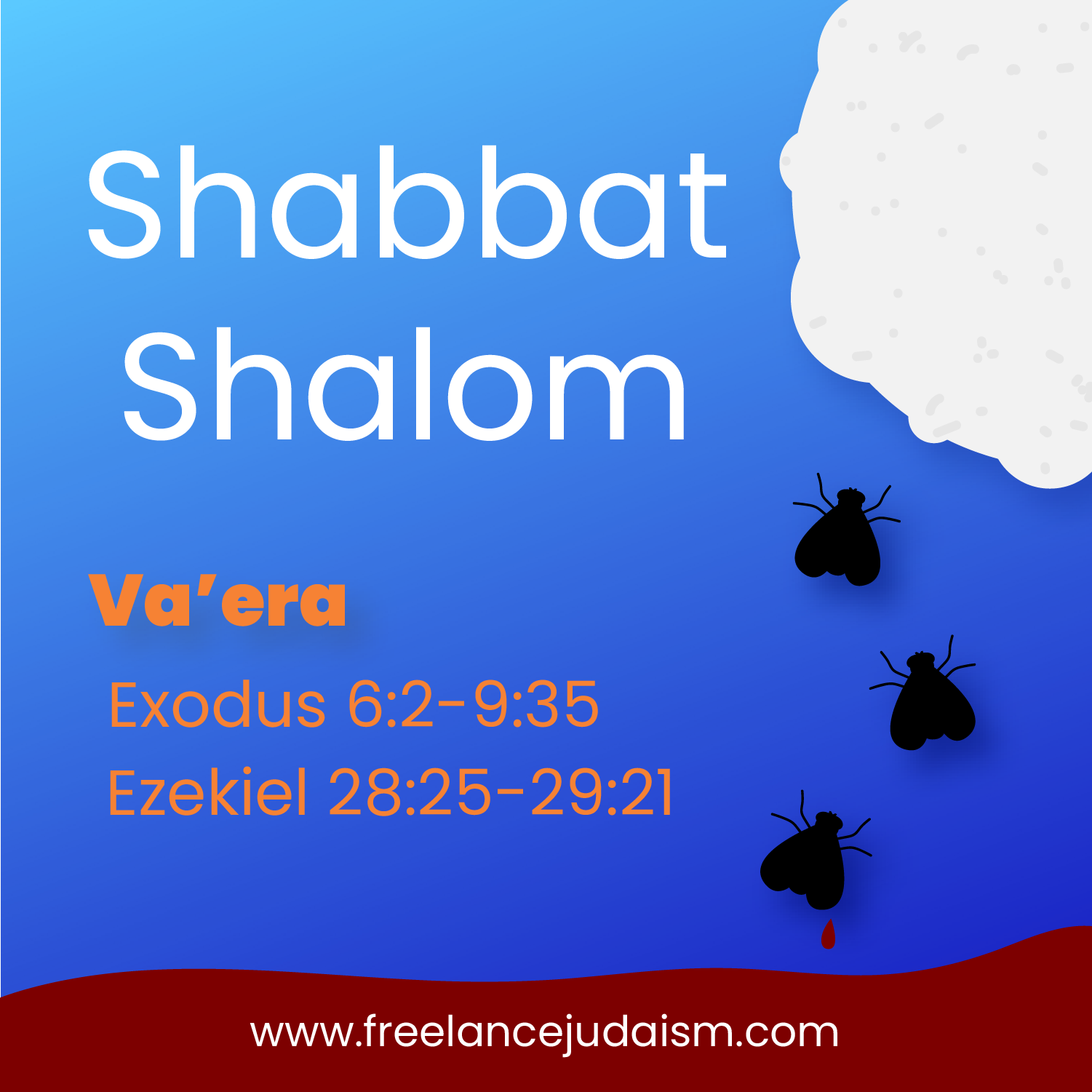 Triennial #3
Aliyah #1: 8:16 - 23
Just as God promised, the punishment of the Egyptians is now at hand. Prior to this Aliyah, God and Moshe had already brought the plagues of blood, frogs, and lice. Each time, Pharaoh rejected these as signs from God. While Pharaoh’s magicians were able to replicate the first two plagues, the third they could not deny - nevertheless, Pharaoh remained unimpressed.

In this Aliyah, God and Moshe bring about plague #4: insects. Swarms fill Egypt, but stop short of the land of Goshen - the land where the Israelites dwell. This causes a distinct separation between the Egyptians and the Israelites and finally begins to get through to Pharaoh. Pharaoh goes to Moshe and Aharon and permits the Israelites to sacrifice to God. Not willing to do so in Egypt, Moshe bargains again for the 3-day journey, to which Pharaoh agrees.

Aliyah #2: 8:24 - 28
Upon reaching a successful agreement, Moshe goes to God to ask for the swarms to dissipate. Unfortunately, when they do, Pharaoh again hardens his heart and refuses to uphold his end the of bargain - once again forbidding the departure of the Israelite people.

Aliyah #3: 9:1 - 7
With four plagues down and still no success, we see plague number 5: cattle disease. Moshe warns Pharaoh that if he does not change his mind then all of the Egyptian livestock will die. Sure enough, when Pharaoh does not release the Israelites this is precisely what happens. The Israelite livestock, however, is completely unharmed - furthering the proof that God is with the people. Nevertheless, this fifth plague again fails to break Pharaoh’s stubbornness.

Aliyah #4: 9:8 - 16
With plagues on the land having failed, God and Moshe turn to plagues on the people themselves. Moshe is instructed to throw soot into the air, which infects the Egyptians with boils. The text shares that even Pharaoh’s magicians could not present themselves before Moshe due to their infection. In the morning, Moshe returns to chastise Pharaoh, pointing out that these plagues on the Egyptians are all a show of strength by God and easily remediable if only Pharaoh would let the Israelites go.

Aliyah #5: 9:17 - 21
With compassion for life, Moshe warns Pharaoh and the Egyptian of what is to come next, the sixth plague of hail. Moshe lets everyone know that this plague will rain down a hail unlike anything seen in Egyptian history - that any man or beast caught outside in such a hail will be killed. Moshe urges the Egyptians to fear God and take shelter from the impending storm. Those among the Egyptians and Pharaoh’s court who take Moshe seriously begin to take shelter, while others ignore the warning and remain outside.

Aliyah #6: 9:22 - 26
True to his word, Moshe is instructed by God to reach his staff heavenward as God begins to cast down thunder and hail and fire from the skies over Egypt. It kills man, beast, crop, herb and tree alike and devastates the land. Similar to the previous plagues, however, the land of Goshen, the land of the Israelites is unaffected by the weather.

Aliyah #7: 9:27 - 35
This sixth plague of hail seems to be the first to truly frighten Pharaoh as he pleads Moshe and Aharon to end it. Pharaoh declares God righteous and himself wicked, and promises to release the Israelite people for good. Moshe agrees and God ends the hail. We are also given a rough timeline at this point in the text as we learn that the flax and barley crops were destroyed since they were in bloom, but not the wheat or spelt which are crops that grow later in the season. Nevertheless, when Pharaoh sees that the thunder and hail had ceased, he once again hardens his heart and refuses to let the people go.