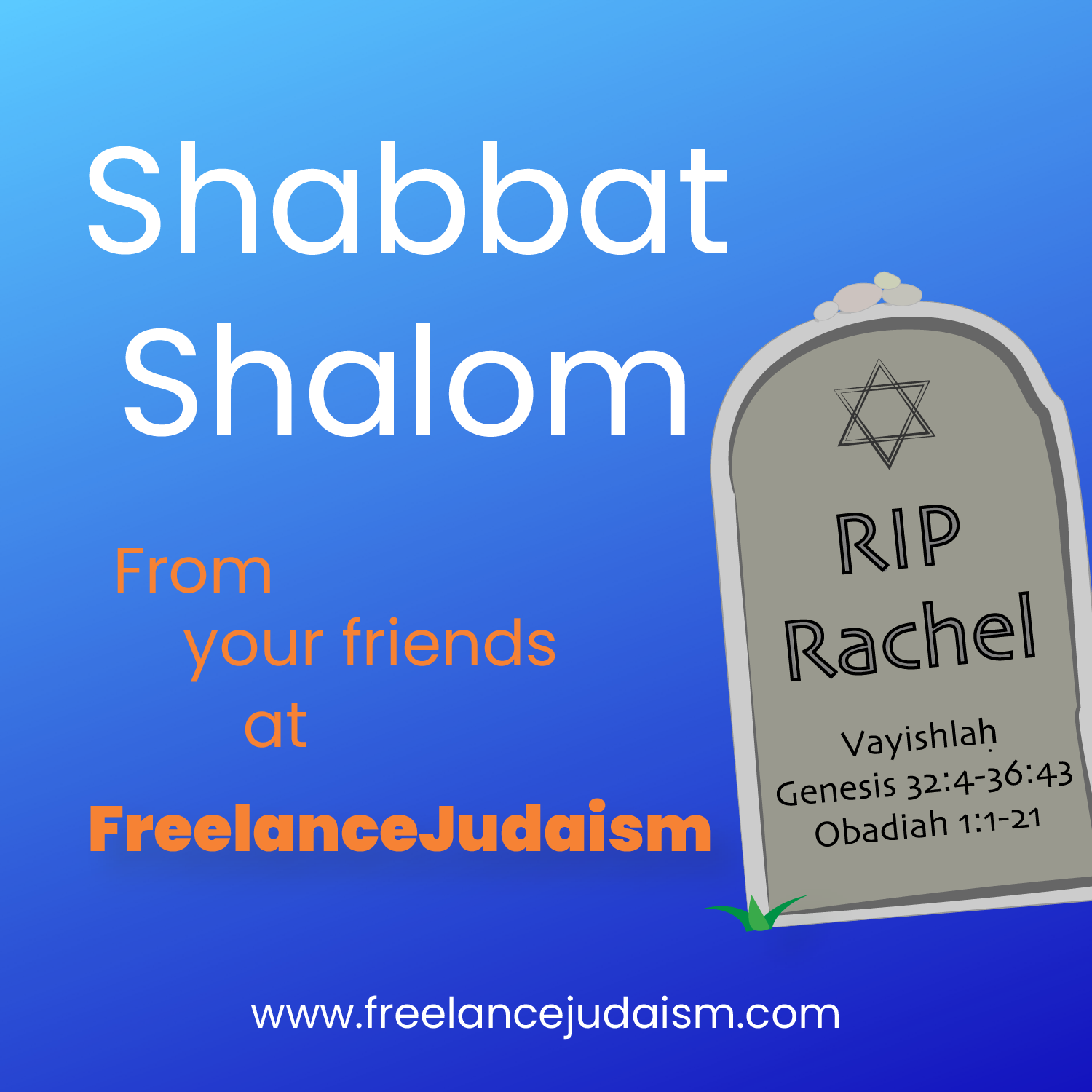 Triennial #3
Aliyah #1: 35:16-26
After having made amends with his brother, Ya’akov (Jacob), also known at this point as Yisra’eil (Israel), and family set off on the next leg of their adventure. As they set off, Raḥeil (Rachel) has another child! This being Raḥeil’s 2nd child after Yosef (Joseph). While this would normally be quite the happy occasion, unfortunately it is, at best, bittersweet as Raḥeil dies in childbirth. She names her son “Ben-Oni”, though her husband changes it slightly to Binyamin (Benjamin).

Raḥeil is buried, and the family continues on their journey. At this point, we learn that R’uvein (Reuben), Ya’akov’s eldest by Leah, transgresses against his father by sleeping with Ya’akov’s maidservant: Bilhah - the one whom served Raḥeil. While our text informs us that Ya’akov learns of this transgression, no further details are given at this time. The aliyah ends with a list of the 12 sons of Ya’akov by his two wives and two maidservants.

Aliyah #2: 35:27-29
Ya’akov arrives at the home of his father Yitzḥak (Isaac). It is unclear how long he is there before his father dies, or if his father’s death was the reason for his journey. Regardless, we learn of the death of Yitzḥak at age of 180. He Aliyah ends as the reunited brothers, Ya’akov and Eisav (Esau) bury their father.

Aliyah #3: 36:1-8
At this point the text takes a small detour from the narrative to give us some background information on the line of Eisav. We learn of his wives and children, and while we are given the names of some of these children, it is clear there are more who go unnamed. We learn that Eisav has amassed great wealth and settles in the land of Edom.

Aliyah #4: 36:9-19
The Torah often repeats itself, with the pattern of general information first followed by more details, and the text here is no different. Much like the previous Aliyah, the text goes into the genealogy of Eisav, but this time in much greater detail. We learn of many more names from Eisav’s line including many of his grandchildren and the clans that are formed from them.

Aliyah #5: 36:20-30
As the expounding of Eisav’s line continues, we learn of more grandchildren and the clans that follow. We are told of the lands in which they inhabit. Presumably these names would have been once well known, but today, most of them have been relegated to the minds of scholars, having been wiped out at various times throughout history.

Aliyah #6: 36:31-39
Still on the theme of history, but no longer focused on Eisav, our text turns to the Edomite kings throughout time. We are told that these kings ruled before the days of a monarchy in Israel. While our sages and scholars have much to say about the time of these kings and who they were, very little is provided in the Torah itself.

Aliyah #7: 36:40-43
We conclude our parshah as the Torah often does when genealogy is presented: with a very brief summary. In this case, a simple list of 11 clans who all issue from Eisav.